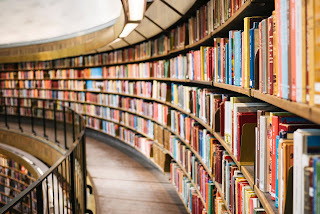 This is a complete list of my literary works.

ONE-ACT PLAYS
And the Winner Is...
Are You All Right in There?
Awake
Baby in the Basement
Before Harmony Sleeps with Jeff
Bird Call
Boxcar
Bracelets and Boyfriends
Cinematic
Clean
Close Your Eyes and Count to Infinity
The Clutch
Deena and the Dino Mights
Defenseless
Don't Mention It
Fractured
Free Dry on Thursdays
Hot Rates to Omaha
Hour Glass
I Ate Lunch Alone Today
I Bet She Has a Party to Go To - Available August 31st!
It's a Pleasure to Be Sad
Johnny Ramirez Really Want to Kiss Me
Just Before the Drop
Last Dance
Let's Not Confuse the Situation
Limelight
Number 76
Ost und West
Punch Bowl
Relocations
A Rum Cake for Rita
The Seventh of August
Shallow End
Shimmer
The Snack Queens
A Sort of Madness
Stay
Syrup
Tagged
Taking Off
There is No 'D' in Revenge
Threnody
Trixie's Last Date with The Boogeyman
Trophy
Two of Hearts
Unrequited
Vixen

What Happened to Cindy

105 Five-Minute Plays for Study and Performance (Smith & Kraus, 2017; edited by John Capecci and Irene Ziegler; featuring the one-act play Just Before the Drop)

222 More Comedy Monologues 2 Minutes & Under (Smith & Kraus, 2017; edited by John Capecci and Irene Ziegler; featuring monologues from The Bray of the Belles, Let's Not Confuse the Situation, Stay, There is No 'D' in Revenge)

60 Seconds to Shine: 221 One-Minute Monologues for Women (Smith & Kraus, 2006; edited by John Capecci and Irene Ziegler Aston; featuring monologues from And The Winner Is and Baby in the Basement)

Audition Arsenal for Men in Their 20s (Smith & Kraus, 2005; edited by Janet B. Milstein; featuring monologues from I Ate Lunch Alone Today and Sloe Gin Fizz)

Audition Arsenal for Women in Their 30s (Smith & Kraus, 2005; edited by Janet B. Milstein; featuring a monologue from Better Places to Go)

The Best Stage Scenes of 1999 (Smith & Kraus, 1999; edited by Jocelyn Beard; featuring a scene from Threnody)

The Best Women's Stage Monologues of 1999 (Smith & Kraus, 1999; edited by Jocelyn Beard; featuring monologues from Are You All Right in There? and Threnody)

Best Women's Monologues of 2019 (Smith & Kraus, 2019; edited by the True Acting Institute; featuring monologues from Fractured and A Rum Cake for Rita)

Best Men's Monologues of 2020 (Smith & Kraus, 2020; edited by the True Acting Institute; featuring monologues from Before Harmony Sleeps with Jeff and Trophy)

Chicken Soup for the Soul: The Best Advice I Ever Heard: 101 Stories of Epiphanies and Wise Words (Simon & Schuster, November 6, 2018; edited by Amy Newmark; featuring the personal essay Like an Airport)

Chicken Soup for the Soul: Life Lessons from the Cat: 101 Tales of Family, Friendship and Fun (Simon & Schuster, May 14, 2019; edited by Amy Newmark; featuring the personal essay Flower)

Chicken Soup for the Soul: Angels All Around: 101 Inspirational Stories of Miracles, Divine Intervention, and Answered Prayers (Simon & Schuster, August 27, 2019; edited by Amy Newmark; featuring the personal essay Someone to Watch Over Me)

Cutthroat: A Journal of the Arts (Volume 14, Issue 1, Winter 2013; edited by Pamela Uschuk and William Pitt Root; featuring the poem Looking for Homer)

ImageOutWrite: A Celebration of GLBTQ Writing (September 2012; edited by Gregory Gerard and KaeLyn Rich; featuring the poems Latin Freestyle, The Day I Almost Ran Away with Goldie Hawn, and In Spite of It All)

The Magnolia Review (Volume 2, Issue 2, July 2016; edited by Suzanna Anderson; featuring the poems I Know Why Marianne Did It and The 12 on Tenth Street)

Me, At 17 Poetry and Prose Series (February 2017; featuring the poem Latin Freestyle)

Memoryhouse (Spring 2016; edited by Isabelle Lim and Keshav Prasad; published by the University of Chicago; featuring the poem Robbery in Progress)

Review Americana (Fall 2010, Volume 5, Issue 2; edited by Leslie Kreiner Wilson; featuring the one-act play It's a Pleasure to Be Sad)

Rite of Passage: Tales of Backpacking 'Round Europe (Lonely Planet, 2003; edited by Lisa Johnson; featuring the memoir essay And I Loved A Soldier)

Scry of Lust 2 (Iconoclast Productions, May 2020; edited by Sumiko Saulson; featuring the poems Summerlin, I Want to Travel Your Body, and Latin Freestyle)

The Wild Word (Issue #13: Is Anybody Out There?, 2017; edited by Kusi Okamura; featuring the poem We've Got a Runner)